In the wake of the horrible shooting last Sunday at a Texas Baptist church, there has been an outpouring of prayer for the repose of the dead, the consolation of the victims’ families and community, as well as, for the rest of us, some way of coping with the awfulness of it all.

In some dark corners of the atheist Twitterverse, though, it seemed a fine occasion to mock the apparent impotence of prayer. Here are a few examples chosen from among the less vulgar:

Yeah prayer really helped all those ppl in CHURCH

Prayers? What the **** do you think they were doing in church, playing Connect Four?

Those slain were praying in a church. Prayers are not a relevant intervention.

Perhaps the highest-profile Tweets on the subject came from Hollywood. First was Wil Wheaton, boy-ensign of Star Trek: the Next Generation:

The murdered victims were in a church. If prayer did anything, they’d still be alive…

Then there was Michael McKean, veteran actor of Laverne & Shirley fame. Here’s what Lenny had to say:

They were in church. They had the prayers shot right out of them. Maybe try something else.

In the social-media backlash that followed, defenders of comments like these said that their point was not to mock prayer but rather to encourage political action on gun violence. Given the way they went about it, though, such protests ring hollow.

For one thing, the prayers after this event were explicitly meant for consolation and healing after the fact, not for preventing gun violence before. It doesn’t make sense to mock prayers as useless for a certain outcome when they weren’t offered for that outcome. It’s just a gratuitous cheap shot.

Beyond that, there are theological and apologetical issues at stake here for all believers. How can we respond? Here are three suggestions.

1. Not everything worthwhile works all the time

History and the present day are full of human solutions to problems. Some have been terrible (Communism), some were moderately effective but flawed and eventually replaced (the iron lung), some are effective to a degree and still in use (chemotherapy). Few, even in our age of marvels, are perfect. Nonetheless we value they good they do. We don’t mock them even if they sometimes don’t solve the problem. That’s why we don’t see memes like this: 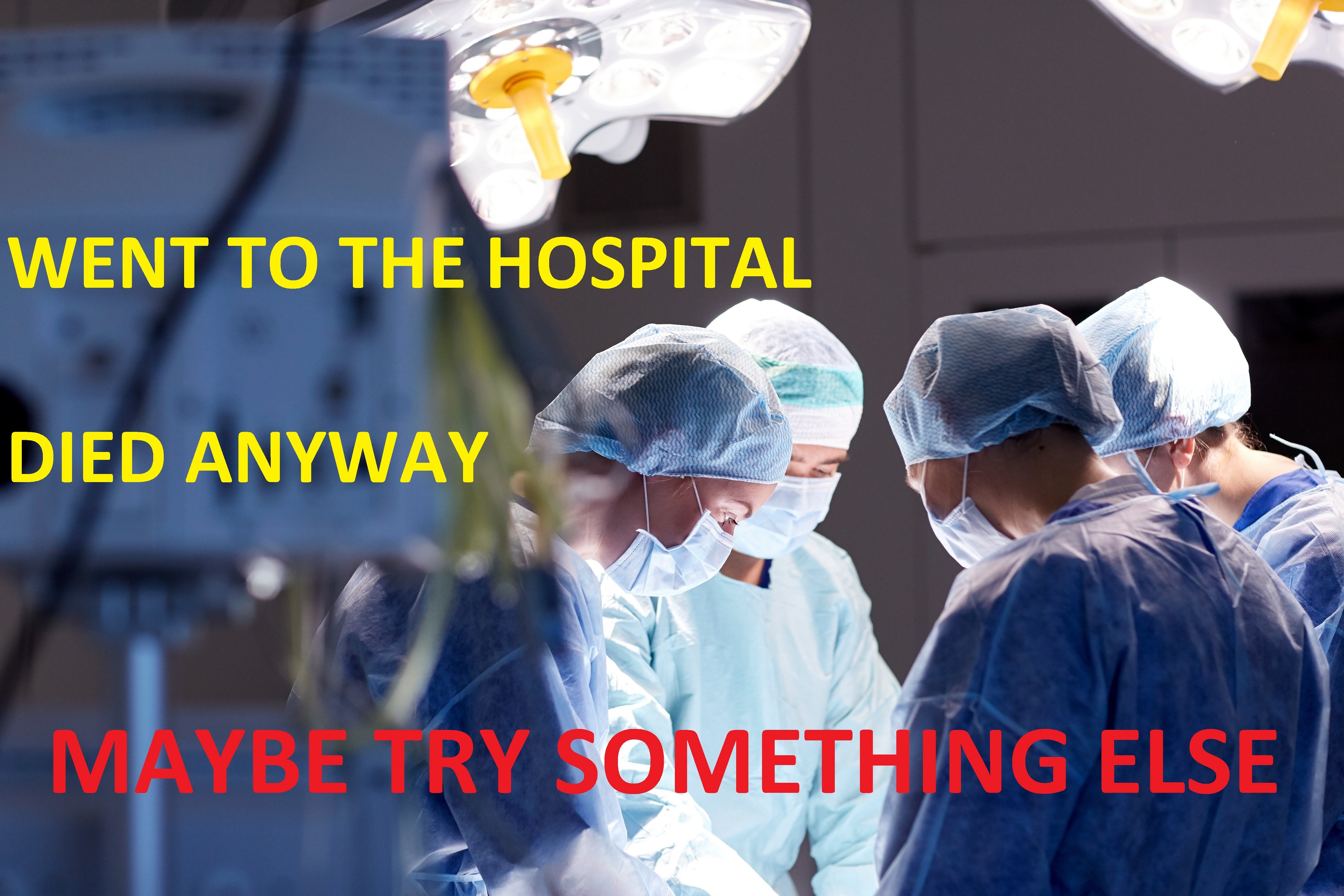 But for those already hostile to religion, prayer is a special case. That people praying in a church became victims of horrible violence is enough to discredit prayer entirely. Next time you engage someone who says that, ask him why he bothers going to the doctor.

When it comes to prayer, we might also add that it may not always seem to work in the way we expect or desire. Which is only logical: prayer is not magic, and God is not a genie. When we invoke divine aid we should reasonably expect it to come, if we’re right and it does come, according to divine priorities. Otherwise it was never divine aid; it was human wish-fulfillment.

If the past is full of human interventions, it’s also full of divine interventions. Not just the big, miraculous ones that we find in the Bible or—like the rosary saving Europe from the Turks—in history books, but small and personal ones, too. Countless people past and present attest that prayer does bring consolation to the suffering. It does set our lives on new paths. It does help people beat addictions and vices. It does fill voids in our soul that worldly things cannot.

Therefore, there’s nothing crazy or fanciful about praying for those affected by that vicious shooting in Texas. It’s a sound response rooted in widespread human experience. Yes, it’s possible that the effects of prayer are all coincidences or common delusions, but without good arguments to this point those who mock such prayers deserve themselves to be mocked: for denying a plain reality without good reason.

Even though—to say it again—the post-shooting prayers were meant for consolation and peace, not for ending violent crime everywhere, implicit in the mockery of those prayers is the suggestion that those who pray don’t act. If only we stopped reciting prayers to our God and started making phone calls to our congresspersons, the charge goes, we might see real results.

Ora et labora, goes the monastic motto. Indeed, we have centuries of Christian tradition on how to marry the divine order with the secular.

So this is the most brittle of straw men. Moreover, it lays bare the poverty of the prayer-skeptics’ worldview. What if, by rejecting prayer, they’re missing out on something big?

In response, offer them a variant of Pascal’s Wager: what if the Christians are right, and there is a God who answers prayers by changing hearts and changing history? In that case, they should consider how much supernatural help they’re forfeiting by not praying. It might even be the kind that Stephen Willeford, who fought and neutralized the Burnette Chapel gunman, believes he received.

And if the skeptics are right? Well, even the psychological value of prayer by itself means that those who pray will still be better off. (And in the end, everybody dies, and no corpse ever regretted praying to a nonexistent God.) So in your next encounter with skeptics or mockers, whether in a comment box or lunchroom, offer to pray for or with them. What do they have to lose?