Catholic Answers is celebrating the latest addition to its roster of “the next generation of apologists.”

Once a litigator in Washington, D.C., Heschmeyer left his law career to pursue the priesthood. After five years of training, he discerned out of the seminary, settling in Kansas City to provide faith formation to local parishes. He brings many years of apologetics experience to Catholic Answers, having promoted the Faith in many blog posts, articles, and books along with professional talks and presentations.

Apologetics is “something that I feel personally convicted to do,” Heschmeyer says, “both because I’ve benefited from it personally and because I’ve seen its power in the lives of those around me.” He adds that he has been a fan of Catholic Answers for some time, and is excited that he can “now claim as coworkers some of the people I’ve really enjoyed reading and listening to.” 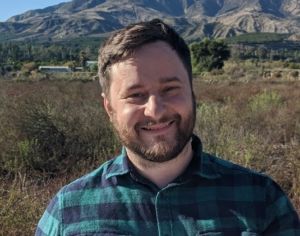 Catholic Answers is no less excited to bring on someone of Heschmeyer’s caliber. “A good apologist makes you want to sit down and talk doctrine,” says Christopher Check, president of Catholic Answers. “That’s Joe.” Moreover, he continues, Heschmeyer “has the heart and mind of the Church. He has no interest in saying, ‘Look at me.’ He instead says, Look at this man, Jesus Christ. He’s the one you have been seeking. Here’s why.”

In addition to “Shameless Popery” and his books, you can find Heschmeyer’s writings on Catholic.com and also listen to him as a regular guest on Catholic Answers Live.